The leading estates of overlooked right-bank appellations such as Castillon Côtes de Bordeaux, Fronsac, Canon-Fronsac and the Côtes de Bourg are often touted as a source of good-value alternatives to the increasingly expensive wines of big-name Bordeaux. The historic appellation of Fronsac, once more favoured at royal tables than any wine from St Emilion or Pomerol but now too frequently disregarded, would seem to be in a good position to fill this role, Even so, just as is the case elsewhere in Bordeaux, you need to find the right domaine, one where the proprietor is determined to make the best of his soil, and his vines, regardless of the lowly status of the appellation.

Over the past couple of decades one estate that would match this description is Château Villars. Located close to the hamlet of Saillans, the Gaudrie family have held tenure here for two centuries, across seven generations. And it is the most recent of these generations, Jean-Claude Gaudrie, who is largely responsible for the domaine’s modern-day high-flying reputation. In this profile I explore what we know of the domaine’s history, as well as looking at the domaine and its wines today. 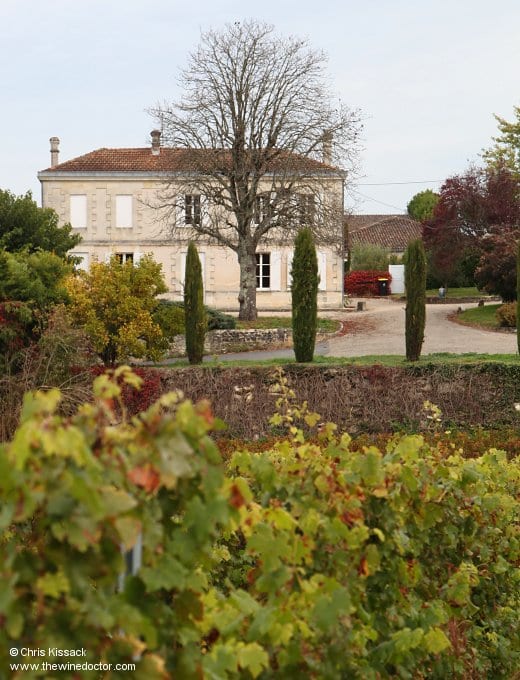 The story of Château Villars would seem to begin during the latter half of the 19th century, when a vigneron named Pinaud was tending vines at Villars, in Saillans, vineyards which today are very much part of the Fronsac appellation. Pinaud appeared for the first time in the 1874 Cocks et Féret, turning out 45 tonneaux of red wine per annum, a not inconsequential volume. Despite this, little else seems to be known of this hard-working vigneron, although he or she continued to tend to these vines for more than a few years. Pinaud was still in charge, and still turning out 45 tonneaux per annum in 1883, but then came a rapid decline. By the time the 1886 Cocks et Féret was published, just three years later, production was down to just 20 tonneaux per annum, surely the devastating effect of phylloxera.