Château La Vieille Cure was my introduction to Fronsac, and together with Château de la Rivière it is one of the leading names in this once highly acclaimed region of Bordeaux. The wines of Fronsac were at one time in great demand in the French court, but that was during the appellation’s 18th-century heyday. Following the devastation of France’s vineyards by the phylloxera epidemic, Fronsac was one of a number of regions that began a slow spiral into decline. Subsequently the region saw hard times as the appellation faded into the shadow of the limelight which was increasingly focused on the grand estates of nearby Pomerol and St Emilion. Fortunately, outside investors have helped a number of these forlorn properties to regain some of their former shine, and Château La Vieille Cure is just one such estate.

The vineyards are located in Saillans on the banks of the Isle, local records indicating that vines were tended here as long ago as the 17th century. The existence of La Vieille Cure was recorded on the Belleyme map in the latter years of the 18th century. Sadly, as is not uncommon in these more peripheral corners of Bordeaux, there is little solid information on these early years. 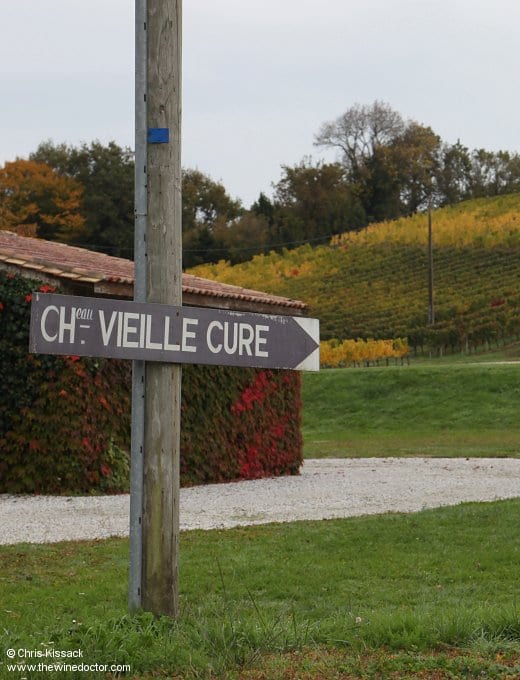 Indeed, it was not until more than a hundred years later that the forerunners of the modern-day estate began to appear in the usual works of reference. The authors of the 1908 Cocks et Féret noted the presence of two vignerons working the vines here. The most significant of the two was Alfred Barraud, who was producing 25 tonneaux per annum, while next-door a Monsieur Ardurat tended a smaller parcel of vines, turning out 8 tonneaux. By 1922 Alfred had passed his vines on to Rémy Barraud, presumably his son, while there was no longer any sign of Ardurat. Perhaps his vines had been absorbed into the Barraud parcel, which was now producing 30 tonneaux per annum.