Fronsac along with the enclave of Canon-Fronsac is a region of faded grandeur; its viticultural history dates back at least until the time of Cardinal Richelieu (1585 – 1642) although its true origins are perhaps more ancient. Archaeological excavations in the region have revealed evidence of Gaulish settlements and a Roman fort dating to the 1st century, and the region was a regular stop-off for Medieval pilgrims en route for Santiago de Compostela. It is difficult to imagine that the sleepy limestone slopes that rise up above the Dordogne here were not already planted with vines during these times.

In 1608 the region gained status when the seigneurie of Fronsac was elevated to the level of duchy, although the title became extinct a few decades later. It was revived for the aforementioned Cardinal in 1634, and then later passed to his great-nephew Armand Jean de Vignerot du Plessis (1629 – 1715). It remained with this family for several generations, its usage not dying out until the early 19th century. With such noble patrons we should not be surprised to learn that the wines of Fronsac were regularly poured at court, where they soon found favour with king and nobility alike. 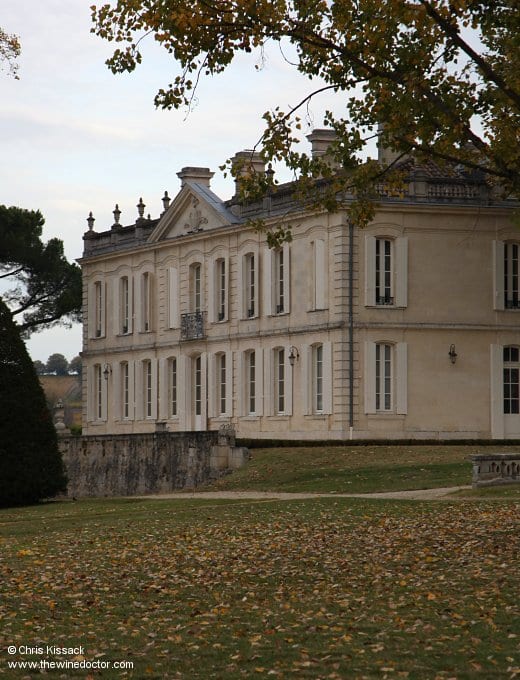 This illustrious history is evident in Fronsac today; it is a region rich in grand châteaux, great edifices of cool limestone any one of which would put the vast majority of St Emilion maisons and Pomerol farmhouses to shame. One of the most striking of these is Château de La Dauphine, which has a history no less royal and illustrious than the appellation in which it resides.