The story of Château Fontenil undisputedly begins with the arrival of Michel and Dany Rolland, who purchased this small estate in the commune of Saillans, in the Fronsac appellation, in 1986. This is not to say that there were not vines here beforehand, because there most certainly were, and the property came with a vat room and barrel cellars, even if they were in an advanced state of dilapidation. It is more that, before the property came into the hands of the Rolland family, it seems to have had no great standing or reputation. It is only now, after more than three decades of determined work by the Rollands, that we should regard the estate as one of the leading names in Fronsac.

In this profile I examine the history of the estate, and how the Rollands have lifted it to the Fronsac top tier, as well as providing some detail on the vineyards, vinifications and the wines today. I begin, however, with what sparse details I have uncovered on the origins of the vineyard.

In truth there are very few clues as to the story of the Fontenil vines, although we know they were historically in the possession of the Noël family of Château du Faure Haut-Normand. This Fronsac estate lay just to the north of the modern-day Château Fontenil, taking its name from the lieux-dits of Fauré and Normand, but today it seems to have disappeared. The usual Bordeaux texts provide little information on this estate; the 1922 Cocks et Féret, for example, mentions a Pierre Noël based at Normand, his annual output of 50 tonneaux (the equivalent to 200 barrels) of wine considerable, but there is no other hint of the estate’s existence. What we do know is that the property remained in this family’s hands until the 1970s or early 1980s, at which point it seems to have been wound up. The most recent vintage I have seen is the 1973. 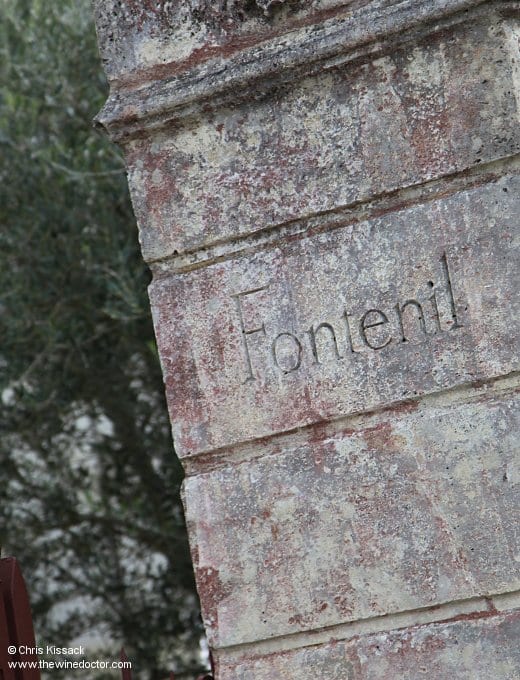 Through marriage the property came into the hands of the Noël-Godrie family. By the 1980s a Madame Godrie, possibly Reine Françoise Noël-Godrie, had inherited a house on the periphery of the estate, together with a parcel of vines that originated from the Faure Haut-Normand vineyard. It was this house and vines which would grow into the Château Fontenil we know today, following their eventual acquisition by Michel and Dany Rolland.