When researching the histories of many Bordeaux châteaux there is often no room for the early ecclesiastical influence that seems to have influenced the development of viticulture seen in some other regions, especially in Burgundy, Writing in his eponymous Story of Wine (Mitchell Beazley, 1989), Hugh Johnson describes in some detail the evolution of the most viticulturally significant monastic orders, beginning with the Benedictines, before moving onto the Cistercians, both of Burgundian origin. The Benedictines were based in Cluny, near Mâcon, while the Cistercians established themselves in Cîteaux, not far from Beaune. He also touches on the roles played by the Dukes of Burgundy. No other region gets so much as a passing mention.

Coming back to the history of Bordeaux, at first glance we should perhaps not be surprised that these ecclesiastical institutions appear to be absent. After all, viticulture only swept through the communes of the Haut-Médoc after these lands were drained by Dutch engineers in the 17th century, seven centuries after the Cistercian order was born. In Pomerol many estates were at this time run by tenant farmers who paid their taxes to feudal landlords, and although the Knights Hospitallers of St John once had a strong presence in the region little trace of this remained. It would, however, be false to say that Bordeaux is devoid of ecclesiastical influences; in longer established regions, such as Graves (and the modern-day enclave of Pessac-Léognan) and St Emilion there are numerous estates where the church has played a role in its genesis or evolution. 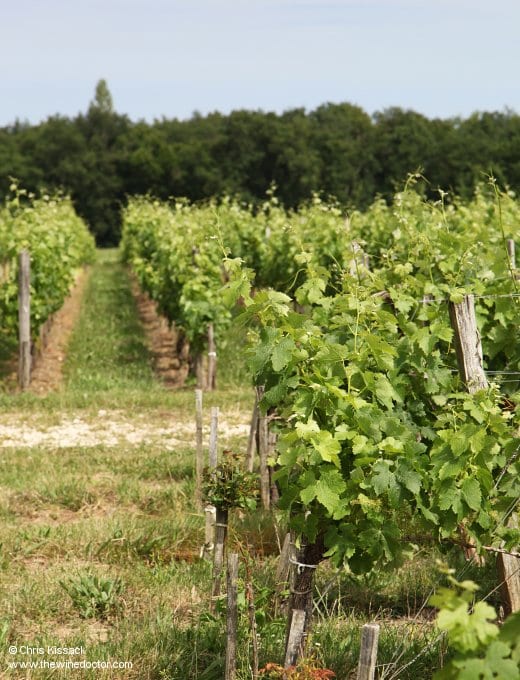 There are also no shortage of such properties in less exalted regions, including what we refer to today as the St Emilion satellites, although it was of course only a century ago that these regions were all grouped together under the umbrella term of St Emilion. One striking example is Château Faizeau, in Montagne-St-Emilion.