It must be at least two or three years since I last had the opportunity to taste with Aymeric Hilaire. This is a great shame, because he and Mélanie Cunin run Domaine Mélaric, arguably the leading domaine in the Saumur Puy-Notre-Dame appellation. The two are young but experienced vignerons, their combined curriculum vitae taking in stints in Bandol, the Rhône Valley and Bordeaux, not to mention South Africa and Australia. One of Aymeric’s most formative experiences, however, was a few months spent working for Bernard Baudry; it was this that drove him and Mélanie to find some vineyards in the Loire Valley, to produce wines made using Cabernet Franc in the same grand style. 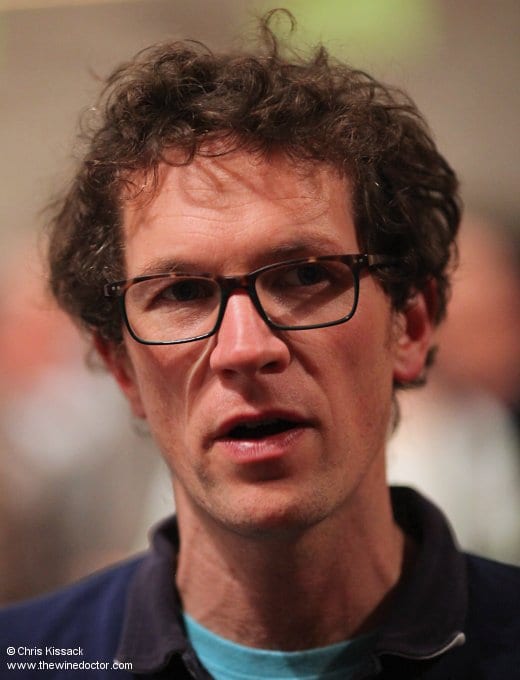 Starting from scratch in 2006 they began by renting vines, facilities and equipment, but with time their purchase on the land has grown. Perhaps the most notable moment in the growth of domaine, at a symbolic level at least, was their renting of the vines of Les Fontanelles from Philippe Gourdon of Château Tour Grise. Philippe has long been a pioneering figurehead for the region, especially for those leaning towards styles more natural, biodynamic or just plain idiosyncratic (some of the long-aged sparkling Saumurs he produced were worth experiencing). These days he is retired, although still renting out his vines and mentoring a number of young vignerons.