The modern-day story of Domaine des Roches Neuves centres around the name of Germain, one which is hopefully familiar to Winedoctor readers and all other acolytes of Ligérian wine. This is the same Germain family that crops up in the story of one of the leading estates in Bonnezeaux, Château de Fesles, and also in my account of that estate’s Anjou neighbour Château de la Roulerie. In the case of Château de Fesles it was the elder statesman Bernard Germain, the father, who owned the property, before he sold it to Grands Chais de France in 2008. At Château de la Roulerie it is the showman and family dynamo Philippe Germain, one of Bernard’s sons, who is in charge whereas here at Domaine de Roches Neuves, in Saumur-Champigny, it is another of Bernard’s sons, Thierry Germain, who is holding the reins.

It is the case in many wine dynasties that where the father leads, the sons (or indeed daughters of course, although that is not the case here) will follow, but with the Germain family that ‘natural’ sequence of events was turned on its head. This is not a family with deep roots in the Loire Valley, having only been here for a few generations. They came here from Bordeaux, and it was not Bernard but in fact Thierry Germain who led the way. Initially his roots were plain for all to see, and having settled in Varrains near Saumur Thierry began turning out wines in a modern Bordeaux style, dark in colour, tannic and heavily influenced by oak. But them there came a transformation, as Thierry began to cut back on the winemaking and focused more on the vineyard, converting the domaine to organics and then biodynamics along the way. The style of wines made here shifted, taking on a new vibrancy and purity, wines that were much truer to their Saumur-Champigny and Cabernet Franc origins. Since this turn-around the domaine has, in my opinion, become a benchmark domaine nor only for the appellation but also for the entire Loire Valley. These wines are some of the most striking examples of Cabernet Franc (and, increasingly, also Chenin Blanc) that you will find in France today. 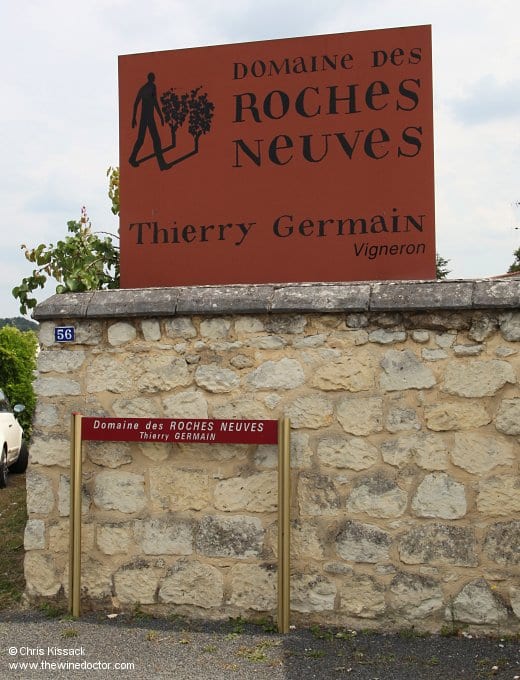 This profile explores in detail the story of Domaine des Roches Neuves, the vineyards, the winemaking, and how Thierry Germain’s philosophies have evolved over the years. First though, as is the norm, I provide a little history.