Regular readers and subscribers will know and understand (well, maybe….I can hope) my obsession with the Loire Valley and Bordeaux. These are regions which I have followed for decades, and during the last ten or maybe even fifteen years I have focused my writing almost exclusively on their wines. During that time I have learnt so much about both regions, I almost feel I could write a book about them (now there’s a thought…).

From time to time, however, other wines of interest come my way.

Among a slew (which is the official term for eight boxes) of Bordeaux 2020 samples from Oenoconseil, a well-known Bordeaux consultancy run by Antoine Médeville, came a handful of samples from Tuscany. It wasn’t difficult to understand why the new owners of Tenuta Il Quinto, an estate just north of Magliano in Toscana, had hired a consultant based in Bordeaux to advise them. 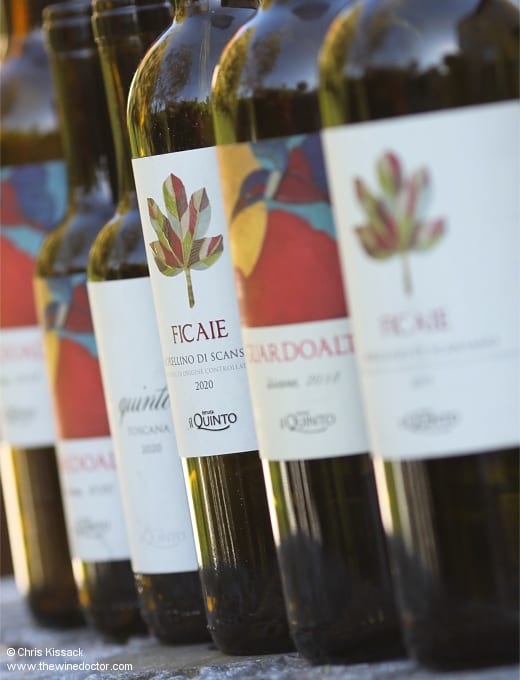 While they turn out a rather delightful cuvée of Morellino di Scansano (Morellino is the local name for Sangiovese – it might be a while since I did any serious studying of Italian wines but even I can remember that), the majority of the vineyard appears to be given over to French varieties, largely from Bordeaux, including Merlot, Cabernet Franc and Petit Verdot. There is also Syrah, which as everybody knows hails from an appellation at the extreme eastern periphery of the Bordeaux vineyard named Hermitage.