The Hosten family were proprietors here during the 18th and early-19th centuries, but unsurprisingly details on their activities are rather sparse. We know from the writings of Wilhelm Franck in Traité sur les vins du Médoc (first edition, Chaumas, 1824) that in the 1820s the property was in their hands at this time, and that they were turning out 50 to 60 tonneaux of wine per annum. This put them joint third in terms of volume of production in Listrac. In the ensuing years they sold the estate, and the buyer was Baron Louis Bernard de Saint-Affrique (1771 – 1854), whose family presumably once hailed from Saint-Affrique, a southerly commune of France closer to Montpellier and the Mediterranean than to the Médoc.

Baron Louis Bernard increased production so that by the time Wilhelm Franck visited again in 1845 it was up to between 60 and 80 tonneaux per annum. His profile of the commune in Traité sur les vins du Médoc (second edition, Chaumas, 1845) suggests that Bernard, as he was known, had also acquired vines that previously belonged to the Labeurthe family, and this estate was producing a similar volume. Charles Cocks found the same thing when the estate was included in the 1850 Cocks et Féret. Bernard, it seems, had built himself a significant estate. 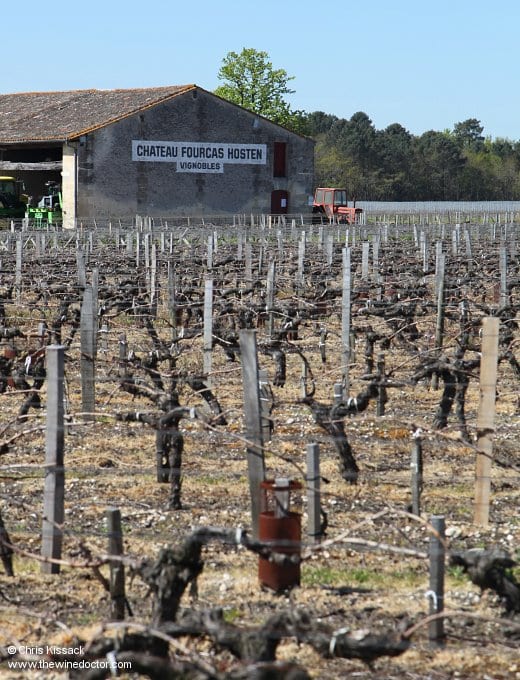 Bernard died in 1854 and his widow, Louise Bosc (1792 – 1875) inherited both of her late husband’s estates, appearing in subsequent editions of Cocks et Féret as the rather mysterious Baronne de Saint-Affrique. After her passing Château Fourcas Hosten was presumably passed to their eldest son, Louis Alphonse Bernard de Saint-Affrique (1818 – 1899), listed by Cocks et Féret as Baron A. de Saint Affrique. The second Saint-Affrique estate, however, which had up to this time been known as the Cru de Listrac, seems to disappear, presumably sold and absorbed into one of the many neighbouring estates, or perhaps simply renamed. This still left Baron Louis Alphonse with a handsome property though, turning out on average 90 tonneaux per annum during the 1880s.