Vines have no doubt been planted around the hamlet of Le Fourcas for several hundred years, first appearing on the Belleyme map which dates to the late-18th century. At this time the nascent domaine was known as the Cru Roullet, and it came into the possession of Marie-Nicole Mal de Saint-Géran, the widow of Jean-Louis Hostein Dussort. She sold up in 1843, and the buyer was Jean Antoine Baptiste Dupré (c.1801 – 1875), known to his friends as Adolphe. An avocat in the Cour d’Appel in Bordeaux, he paid 275,000 francs for the privilege.

Although not the grandest of domaines, the estate appears in some of the earliest documents regarding the wines of the Médoc. Writing in Traité sur les vins du Médoc (second edition, Chaumas, 1845), Wilhelm Franck recorded the existence of Cru Roullet, at this time in the hands of Adolphe Dupré, with an annual production between 25 and 30 tonneaux. Presumably he expanded the domaine, either with the acquisition or planting of new vineyards, because five years later the authors of the 1850 Cocks et Féret noted that production had rocketed to 100 tonneaux per annum, a rise that was maintained during the ensuring years. 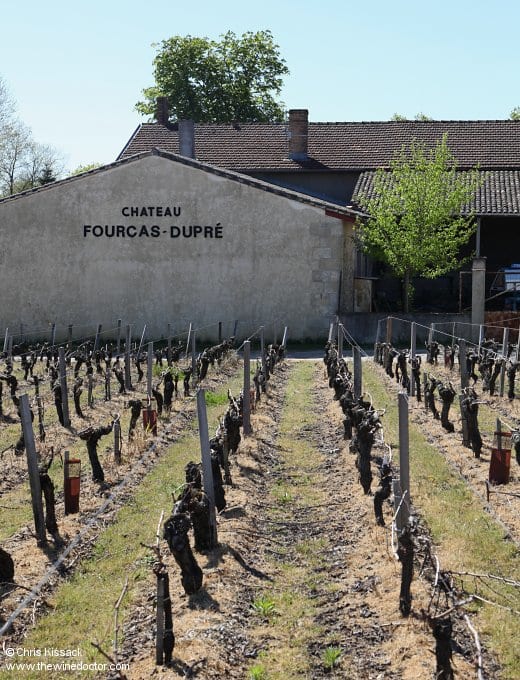 A few years later Wilhelm Franck returned, researching his Traité sur les vins du Médoc (third edition, Chaumas, 1853), and little had changed. By 1868, however, production seems to have dropped off, and I did wonder at first it the estate had perhaps been divided. By this time it was referred to as Fourcas, after the hamlet of Le Fourcas. There were two proprietors, our man Dupré and another, the Baronne de Saint-Affrique, who were each turning out more than 60 tonneaux per annum. This mysterious baronne was in fact Louise Bosc (1792 – 1875), the widow of Baron Louis Bernard de Saint-Affrique (1771 – 1854), and these vines had in fact been in her family for some time. They had been purchased from the Hosten family, and were the forerunner of the modern-day Château Fourcas-Hosten. It is a red herring, and I remain unsure why production tailed off in this manner (it was too early for it to be the result of phylloxera).