I was leaning against a wall in the centre of Chavignol, a cool five minutes early for my appointment with Anne Vatan, of Clos la Néore. This was, to my mind, quite some achievement, as my morning had already been partially derailed by having to circumvent roadworks which seemed to involve ripping up every inch of tarmac in the village. Looking around, a figure caught my eye; who should it be strolling towards me, with three glasses held deftly in one hand, but Nady Foucault of Clos Rougeard. He seemed curiously out of place here in the heart of Chavignol, like the time I encountered Jean-Bernard Delmas, so long the doyen of Château Haut-Brion, during the primeur tastings at Château Montrose just before he retired for the second time. Within a microsecond I realised what Nady was doing here; Anne Vatan was his wife, and judging by the number of glasses in his hand I was about to taste with both of them.

The sight of Nady, however, brought on an immediate flashback, of a deep subterranean cellar, the walls a soft, damp, lightly friable limestone. There were rows and rows of barrels, and Nady seemed to glide from one to the next, each time carefully drawing a pipette or two of wine. It was not a random tasting; each barrel had clearly been previously selected by Nady that morning, each of the chosen barrels marked with a few pieces of gravel from the floor of the cellar. After that we had moved on to taste vintages in bottle, from 2012 back to 2001. It was a particularly fresh and vivid flashback, although this was perhaps not surprising. After all, it was only the day before my appointment with Anne Vatan that I had been tasting with Nady Foucault. Had I known that we were heading in the same direction later in the day, from Chacé up to Chavignol, perhaps I could have offered him a lift? 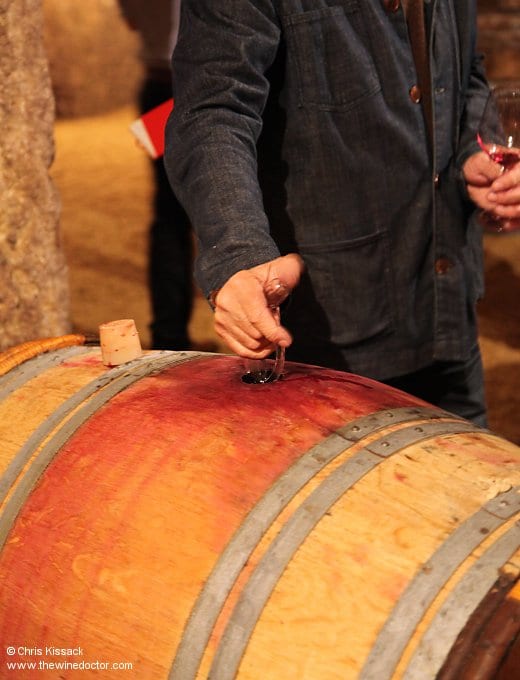 For many years Nady Foucault together with his late brother Charly Foucault ran what is undoubtedly the pre-eminent domaine in the Saumur-Champigny appellation, Clos Rougeard. Always popular with fans of Loire Valley wines, Clos Rougeard remained under the radar of most wine drinkers, but in the first decade of the 21st century word suddenly seemed to spread, and the domaine quickly accrued cult status, bringing it to the attention of label drinkers and traders keen to flip the increasingly expensive wines for a profit, the latter annoying Nady Foucault greatly. It also brought it to the attention of outside investors, and after Charly’s death in December 2015 even greater turmoil lay ahead for the domaine.