The wine map of the world is a slowly evolving creature; when you first learn about wine, it seems immutable. Bordeaux has always been there. Burgundy has always been there. Obviously, in neither case is this actually true, especially in the case of the Médoc vineyards where planting only really began in the 17th century. This in fact makes the Médoc vineyards very recent additions to France’s wine map compared to many other regions in France, Germany and beyond, some of which have been in existence since the Romans first tilled the rocky soils and planted their vines.

Of course, the world’s wine map is not immutable at all, it is in fact constantly evolving, although often in a very slow fashion, so slow as to be barely noticeable. It takes time, after all, for vineyards to be planted, and for the resulting wines to eventually make their mark. And when wine regions die, it is never sudden and swift; the death throes of those vineyards suffering from morbid phylloxera went on for decades. In France, the first (and perhaps the best) example of the latter that springs to mind is the Auvergne; here, around the city of Clermont-Ferrand and the Allier, a tributary of the Loire, there was once a thriving vineyard. In 1890 there were 45,000 hectares planted here, making this France’s third-largest wine region. Today, barely 5% of this vineyard remains, the region never having recovered from the post-phylloxera decline.

While the vignerons of the Auvergne watched the imported vine aphid devastate their vines and their livelihoods, the beginning of the end for this once-great wine region, new vinous fortunes were being hinted at on the other side of the world. On the south island of New Zealand, the wine region of Central Otago was born. Once a sparesly populated wilderness, the Otago Gold Rush in the 1860s had led to a massive influx of prospectors keen to repeat their successes in California and Australia, the gold-rush veterans having travelled from across the world after hearing of the new strike. It only took a few years for the rush to fizzle out, but in the process the support network of traders and merchants that springs up around gold towns included one individual, a French immigrant named Jean Desire Feraud, who had planted vines. The quality of the wine was good, and before the turn of the century the local government had commissioned and received a full survey of the region to ascertain its suitability for full-scale planting. 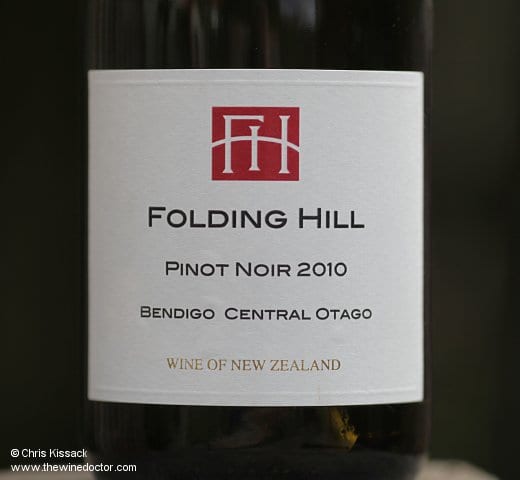 Despite this early interest, it was only mid-way through the 20th century that the region really began to take off, with an exponential rise in the last couple of decades. So although the region seems to have sprung out of nowhere, it has in truth been 150 years in the making already. The real revolution probably came within this latter expansion, when Pinot Noir – the variety for which the region is now justly famous – came to dominate. Today this descendent of the Burgundy vineyards accounts for approximately 70% of all plantings, the remainder being largely white varieties including Chardonnay, Sauvignon Blanc, Riesling and Pinot Gris. The Pinot Noirs have won a lot of friends over the years, being typically dark, rich and textured – much more so than comparable wines from Burgundy – and yet with a flavour profile that speaks quite surely of the variety. No wonder they’re popular.

Over the years I have drank and tasted many examples from the region, from the likes of Carrick, Pisa Range, Lowburn Ferry, Ata Rangi, Mount Difficulty, Ra Nui and Felton Road, some of which have been nothing short of stunning (you see, I can look beyond the vineyards of Barsac and Bourgueil once in a while). Now joining that list is Folding Hill, a tiny estate run by a group of British ex-pats headed up by Tim Kerruish. The group all have other careers, largely medical, nursing or in related sciences, and the smooth running of the vineyard is achieved with the help of a viticulturist James Dicey and winemaker Fred Riends. I’ve already familiarised myself with the wines in the 2009 vintage, written up previously, and so I welcomed the opportunity to take a look at the 2010 vintage. The 2010 Folding Hill Pinot Noir has a rich and vibrant hue in the glass, and this is followed by a blast of concentrated, lightly confit dark cherries at first, and then the elements of depth come in, not only an appealing suggestion of bright sourness to the fruit, with little notes of cherry-berry-skin bitterness, but also tight seams of dark chocolate and mushroom. The palate has a fine, concentrated substance at first, the wine textured, supple and very polished, but with a ripe and understated backbone of unobtrusive tannins, with more peppery acidity towards the finish. Lots of lovely substance here, a really heart-warming wine. There are precious nuggets awaiting discover in in Central Otago, but not all of them shine the colour gold, it seems. 17/20 (2/9/13)

Disclosure: unlike the vast majority of my weekend wine reports, this bottle was a sample received free of charge.