Following on from my recent mini-reports on the latest releases from Tessa Laroche, I come now to the wines of the Joly family, including of course the famed Clos de la Coulée de Serrant. These days the domaine is increasingly if not wholly run by Virginie Joly (pictured below), with Nicolas taking more of a back seat; no doubt he will use whatever free time he has to hone his theories about cosmic wavelengths and other vital influences on all earthly life. Nevertheless, I note the name on the label is still Nicolas Joly, so for the time being this remains a Nicolas Joly (rather than Virginie Joly) update. 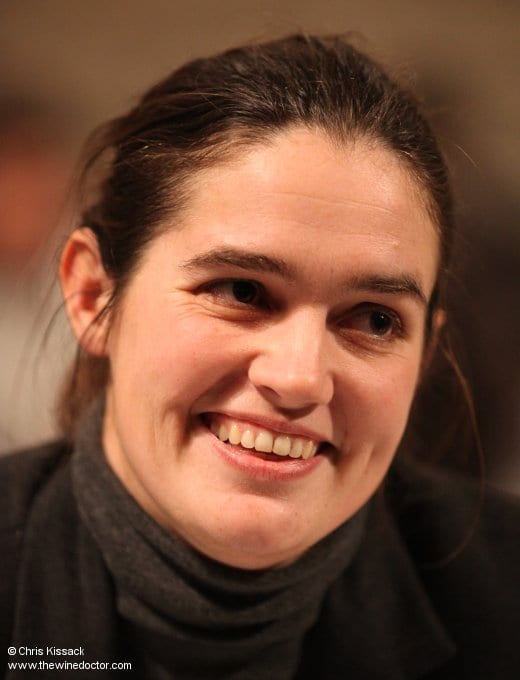 I can think of few domaines in the Loire Valley that are as divisive as this one, despite its finely focused portfolio of cuvées. I know these three wines have their admirers, those who would hold the wines up as beacons of awareness, sustainability, minimal intervention and ‘naturalness’. And there are also the domaine’s detractors, those who point out the many faults seen in the wines, everything from botrytis character, much admired in a sweet wine but a large percentage (and you’re kidding yourself if you don’t think most dry whites from Anjou have at least a small percentage) never does a dry wine any good as it ages. This is before we get to the high alcohol levels, full malolactic fermentation and occasional threads of oxidation which characterise the wines.