In the centre of Savennières stands a very notable church, one which stakes a valid claim as being the oldest in all of western France. It started out as a simple rectangular basilica, construction having commenced certainly in the 10th century, perhaps even the very end of the 9th century. It was in later centuries that the semicircular apse and square clock tower were added, finishing the job.

Even to my untrained eye it is clear that this is a unique building, and a classic example of pre-Romanesque architecture. The building material, rather than being the great blocks of limestone that typify the great châteaux, churches, cathedrals and abbeys of the Loire Valley, appears to be many millions of small stones – schist, of course, this being the predominant local material – firmly mortared together. For decoration, there are seams of red terracotta tiles laid into the stonework, in a herringbone pattern. The end result is striking and unlike any of the older churches in the Loire Valley I have previously seen.

You might wonder why, with my interest in wine, I seem to have made such a detailed inspection of this church? The answer is simple. Two days before I had been on the telephone to Thibaud Boudignon, one of the modern-day stars of the Savennières appellation, in order to arrange an appointment. I asked the location of his domaine; “It’s difficult”, he replied. “Meet me at the church in Savennières”. And so here I was, and I had been waiting for ten minutes, just enough time to investigate this church’s distinctive appearance, before Thibaud turned up in his van. We greeted one another before we set off for his domaine. 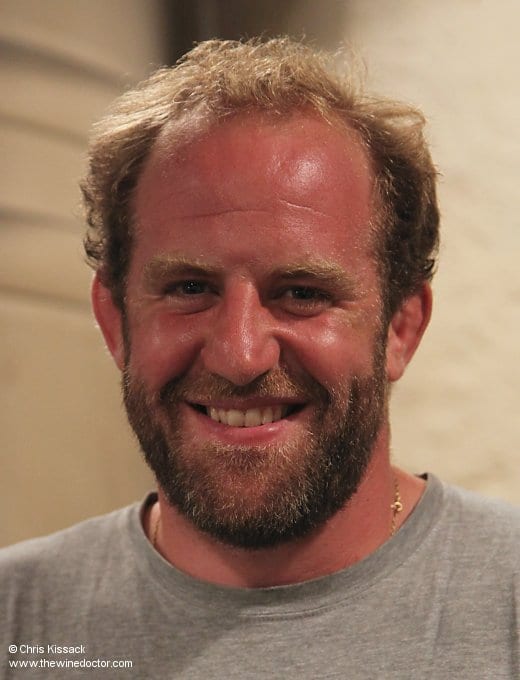 Thibaud Boudignon (pictured above) was born in Bordeaux, but his grandfather François lived in the South of France, where he grew table grapes. Thibaud has many happy memories of his time spent on holiday there as a young boy, when he enjoyed playing among the vines. As such, viticulture has always held a special place in Thibaud’s heart; perhaps it was this experience, as much as the expanse of Bordeaux vineyards on his doorstep, that encouraged him to study viticulture and winemaking. After completing his studies, he worked at Château Olivier in Pessac-Léognan, followed by Château Lafite-Rothschild and Château Canon-la-Gaffelière, followed by travels to the Yarra Valley in Australia and Domaine Charlopin-Parizot in Gevrey-Chambertin, before he eventually came to the Loire Valley, taking up a position as winemaker with Château Soucherie in 2007.