Eric Morgat is today recognised as one of the leading vignerons in the Savennières appellation, although like the similarly talented Damien Laureau Eric started with close to nothing, and this recognition has been hard-won. This is despite the fact Eric was born into a winemaking family, the latest generation in a long line of vignerons. None of his forebears ever owned vines in Savennières though; previous generations tended vines in the Coteaux du Layon appellation, his grandfather having acquired Château de Breuil in 1959. It would perhaps have been only natural for Eric to follow in the family footsteps and take over the running of this domaine, but he chose to beat a different path instead. He moved north, crossing the Loire, and instead started to put down roots in the Savennières appellation.

The move came in 1995, shortly after Eric had returned to the family domaine following the completion of his studies. He had only been back one month when the touch-paper was lit with the offer of a tiny parcel of land in Savennières, which he decided to buy. Shortly afterwards, making good use of his family’s contacts in the region, Eric then acquired a somewhat larger parcel. This later acquisition was to form the core of his new domaine, as it included not only 1.5 hectares of vines but also a cave, some equipment and a small house. The property lay at the foot of the Roche-aux-Moines, and Morgat moved in and began to make his wine, marketing them under the label of Domaine de la Monnaie.

With a few vintages under his belt Eric Morgat (pictured below) began acquiring more land, often long-abandoned parcels which required replanting, something he was quite prepared to so. Gradually, he built up a handsome domaine. Early purchases included parcels around the Moulin de Beaupréau (subsequently sold to Agnes and René Mosse in 2007), and he also rented some land around Epiré. Other plots that came into the fold included a 0.4-hectare parcel on a south-facing schistous slope within the Roche-aux-Moines cru which Eric took on in 2004. This was one parcel that was already planted, although the vines were young, having only gone into the ground in 1998. He acquired another 1 hectare at La Pierre Becherelle, a long-forgotten east-facing slope of grey schist right on the banks of the Loire. A few old roots and posts indicated that vines had once been cultivated here, a long time ago, but what Eric acquired was essentially fallow land. As with earlier purchases that had been abandoned he replanted the site, in doing so bringing another slice of the Savennières vineyard back to life. 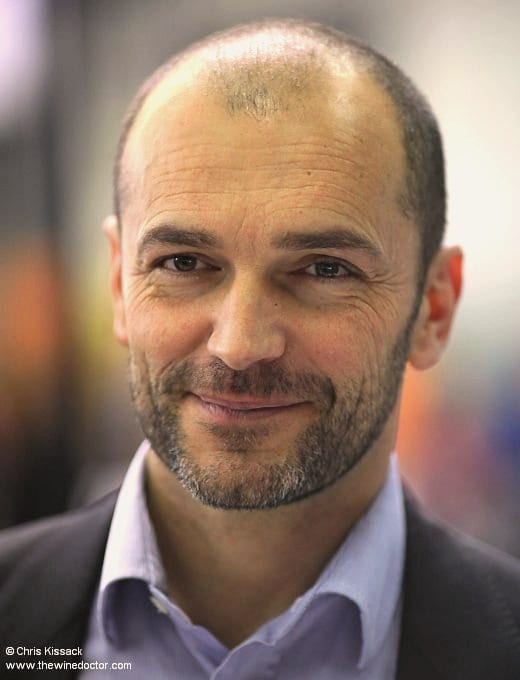 Working with half a dozen different tiny parcels, and limited facilities, it is perhaps not surprising that Eric opted to blend the fruit of all his vines together, initially marketing the wine under the name of Domaine de Monnaie. On occasion, however, he would release a special cuvée named L’Enclos. With time, as he became more satisfied with the result, he dropped the name of Monnaie and he continued on with the name L’Enclos, which gradually became the domaine’s principal cuvée.