Take a trip along the Loire Valley and I can guarantee you will not chance upon the vineyards of the Vendômois. The Coteaux du Vendômois is one of three appellations located along the banks of the Loir (the waters of which ultimately flow into the Loire), the others being Jasnières and the Coteaux du Loir, both perhaps more familiar if you have been following my lengthy love affair with the wines of Eric Nicolas. All three appellations are well off the beaten track, roughly halfway between Tours and Le Mans; if you do chance upon them, you are probably very lost. Either that or you were en route to the 24 Heures du Mans and unexpectedly found yourself in need of some refreshment. 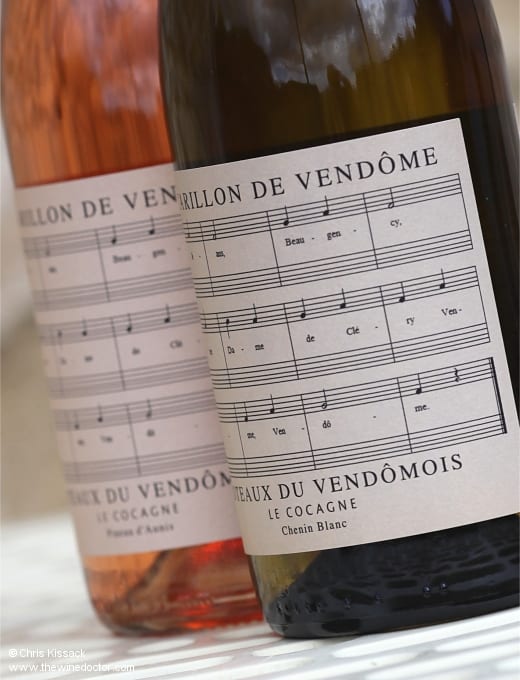 The Coteaux du Vendômois appellation is not large, covering perhaps 120 hectares; to put that into context, it is not much larger than some cru classé châteaux in Bordeaux. Only a handful of vignerons work the land, with half the appellation under the control of the Cave Co-operative du Vendômois, which was founded in 1929. They tend the region’s traditional varieties, Chenin Blanc for white (nothing out of the ordinary there) and Pineau d’Aunis for red and rosé (a more distinctive and classically Ligérian variety). Rather like the vineyards themselves, you have to work hard to track down the wines. The two I report on here are made by the co-operative with the help of Richard Kelley, and imported into the UK by Dreyfus Ashby. I have written about the white before, having tasted it in the 2015 vintage, but this was a first encounter with the rosé.