The history of wine and Paris are intertwined in many ways. The city was not blessed with its own vineyards, perhaps one reason why the planting of a microscopic vineyard in Montmartre in the 18th arrondissement, in 2009, caused such a splash across the travel and lifestyle pages of UK newspapers. Instead, its many thousands of restaurants, bistros and wine bars have had to draw on vineyards further afield, with good transport links being just as important a consideration as the quality of the wine. The wines most strongly associated with the bistros of Paris include Beaujolais, and the wines of the Loire, as far downriver as Saumur at least. These bistros, iconic emblems of Paris, have long been a draw for visitors to the city; I am certainly guilty of having frequented one or two myself. The dark wood panelling, efficient waiters with their crisply-spoken French, and of course an inviting glass or two of Saumur-Champigny simply ooze timeless Parisian joie de vivre. 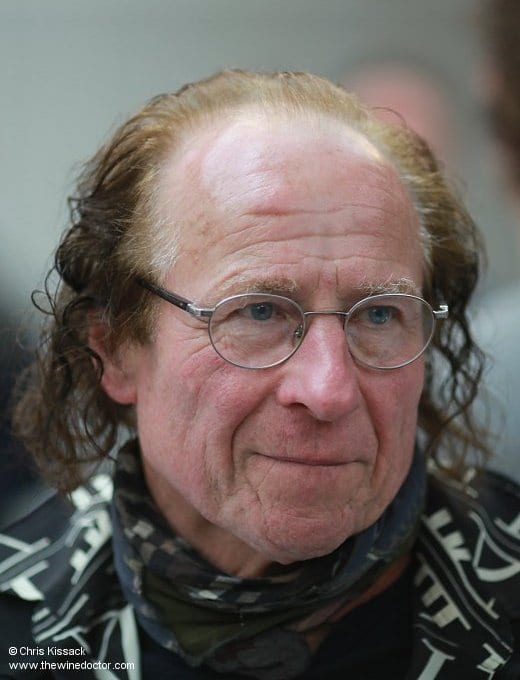 But times have changed; these traditional bistros can still be found dotted all over the arrondissements, but in recent years another gustatory phenomenon has swept through the city. The ‘natural’ wine bar has arrived. The complete antithesis of the classic bistro, the natural wine bar prototype focuses on wine, perhaps from obscure varieties, most certainly from organically or biodynamically tended vineyards and, most importantly, made with as little intervention as possible in the cellars. Alongside this new wave of wine came diminutive dishes, mouth-amusers if you please, clearly indicating that it is the food that accompanies the wine, and not vice versa. Look for where this phenomenon began and you may well find yourself at the door of Le Verre Volé, a tiny caves à manger opened by Cyril Bordarier in 2000. And that’s curious, because another man, named Jean-Pierre Robinot, had been doing much the same thing as Bordarier since the late 1980s.