In a restaurant in Liverpool, sometime during the 1990s, I spotted a wine from a grower I had heard of named Didier Dagueneau. Even at that time, Dagueneau was already on the way to enjoying cult status; it’s my opinion that once you move beyond the realm of Loire geeks, into lengthy write ups in mainstream publications such as Wine Spectator, your ‘icon’ status is assured. Meanwhile, the prices begin to climb, and the distribution seems to contract, as the wines become increasingly difficult to track down. This wasn’t quite the situation with Didier’s wines at the time though, as here was his Pur Sang cuvée, sitting idly on the list of a rather unprepossessing, bistro-like restaurant at a very reasonable price. I ordered the wine and didn’t regret it for one moment, from the first taste to the final drop. This was quite different to any other wines from Pouilly-Fumé, or indeed from Sauvignon Blanc, that I had tasted ever before.

In the years that then passed Didier’s fame rocketed, and true to form so did the prices of the wines, and my encounters with them during the subsequent years were less frequent than I would have liked. That hardly seems of consequence now, however, as to the great distress of his family, and all those who knew him, Didier met a premature and very sudden death in September 2008, while he was flying a light aircraft, an adventurous activity that, on reflection, seems so typical of the man. In the aftermath of the death and his funeral, because time and vine wait for no man, the 2008 harvest arrived. Despite all they had been through, the more senior among his children stepped up to the plate. It was his eldest son, Louis-Benjamin (pictured below), assisted by his sister Charlotte (pictured on the next page), who took up the mantle, and they have continued with the domaine ever since. 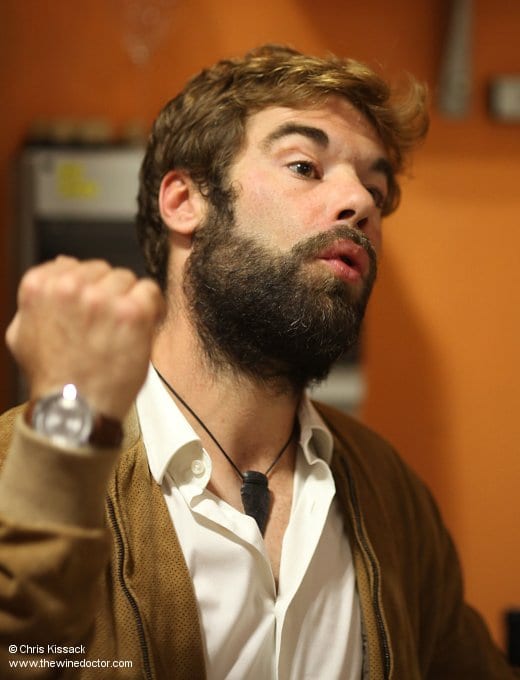 But we are getting ahead of ourselves here; there is so much more to Didier’s story than these few words. Before we move on to look at the vineyards and the wines, this profile charts the story of the domaine, from its early beginnings under the auspices of the young, untamed Didier Dagueneau, to the incumbent Louis-Benjamin.