Driving from the vineyards of Touraine up to Sancerre and Pouilly-sur-Loire takes you through a gently rolling and pastoral landscape which is largely devoid of vines. There are just little pockets of viticulture dotted along the way, the three best known being Reuilly, Quincy and Menetou-Salon. Such tiny appellations, relatively isolated, are naturally endangered; indeed, the first of these, Reuilly, once contracted to the point where there were only a few dozen hectares. Today there are more than 200 hectares planted up, the appellation having bucked the trend across some parts of the Loire, such as the generic Touraine appellations, where vineyards are gradually disappearing as they are slowly usurped by other perhaps more profitable forms of agriculture.

That Reuilly somehow survived, against the odds, is largely down to the work of one man, the late Claude Lafond (1952 – 2015), who I was privileged enough to meet back in 2013. This profile examines the story of the man, his domaine, and the appellation in which it sits, as well as looking at the domaine today, run since Claude’s passing in 2015 by his daughter, Nathalie Lafond.

The little town of Reuilly lies on the Arnon, a tributary of the Cher; from a wine point of view we tend to associate it (as well as Quincy and Menetou-Salon) with Sancerre, and so you might imagine the two are close by; in fact, nothing could be farther from the truth. It is at least another 75 kilometres to Sancerre, and here we are still in the département of Indre. Approach the town from one side and you will soon be through and out into the countryside again; this is not a large settlement. So, instead, slow down and keep a look out, in the outskirts on the north side, for the imposing new winery built by the late Claude Lafond. Having once shared the rather industrial-looking Chai de Reuilly here with a handful of other local domaines, Claude eventually moved out to build his own rather swish premises right next door. 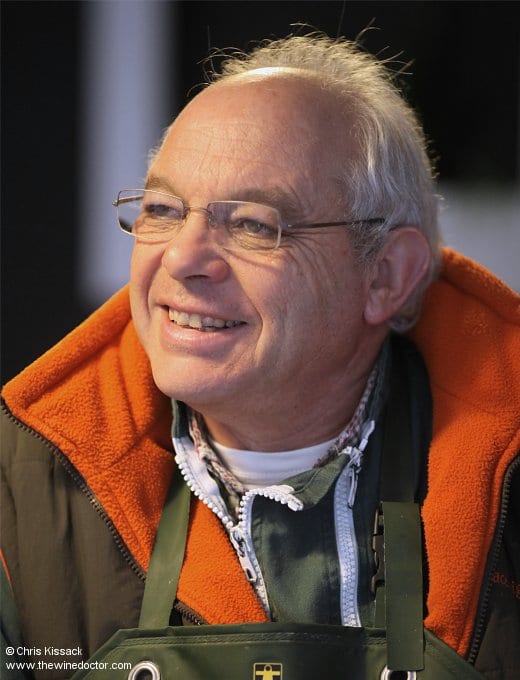 The story of this domaine really begins with Claude’s father, André Lafond. It was he that first took up work in the vines; his mother’s family owned 0.45 hectares planted with hybrid varieties, not uncommon in the early years of replanting following the devastation of phylloxera, and he tended to these as well he could. Although it was not his principal occupation, being more of a sideline, he intended his viticultural and winemaking activities to be of greater significance; thus he proceeded to enlarge his holding from this very small beginning, buying small plots of vines as they became available. Throughout this time, however, he continued to work for to other vignerons in order to have a secure income. Indeed, Claude Lafond once told me that it was not until the 1960s that André finally established himself as a vigneron-proper.