Take a look at the geological maps of France that the Bureau de Recherches Géologiques et Minières (BRGM) spent a remarkable sixty years producing and you will quickly see that Sancerre is rich in Kimmeridgian terroirs, including some in unexpected areas, beyond the famous slopes of Les Monts Damnés and Cul de Beaujeu in Chavignol. There are in fact huge seams of Kimmeridgian marl rich in Nanogyra virgula (previously known as Exogyra virgula), an extinct species of saltwater oyster, running across the northern limit of this wine region. These terroirs, famed for the quality of the wines they produce, are of obvious interest to vignerons.

Indeed, these Kimmeridgian limestones and marls, deposited by a warm and mostly shallow sea that existed here between 152 and 157 million years ago, spread far beyond the borders of Sancerre, continuing on up to Chablis and beyond to Champagne, which of course makes sense, as this was a broad and long-lasting sea which covered much of Europe. But there are also many corners outside Sancerre but within the Centre-Val de Loire region itself where we can find Kimmeridgian stone, not least around Cosne-sur-Loire, a town which lies only a few kilometres downstream from Sancerre. This is where we find the majority of the vineyards of the Coteaux du Giennois appellation. 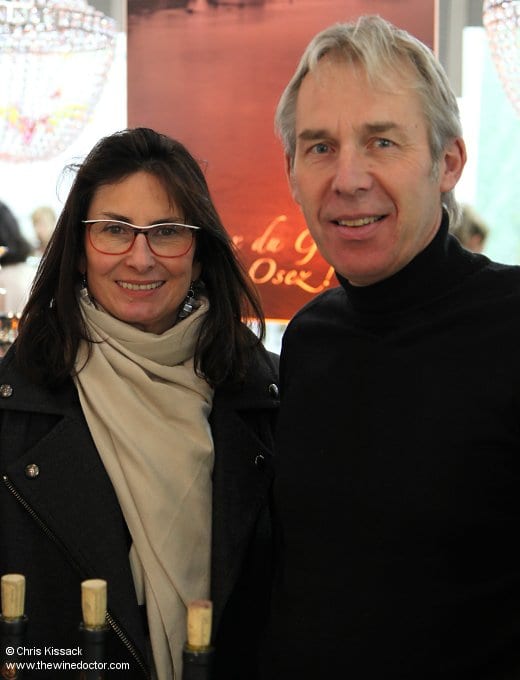 It is surely this Kimmeridgian limestone that gives the wines of the much overlooked Coteaux du Giennois appellation such freshness and intensity. Explore the land to the east of Cosne-sur-Loire and we find many limestones and marls similarly rich in Nanogyra virgula, sometimes as deep as 95 metres of pure rock, as well as Calcaires de Villiers, another limestone of Kimmeridgian origin. It is here, around the village of Pougny, that Michel and Catherine Langlois (pictured above) have their vines. I discovered their wine quite by chance a year or so ago, when I was staying in and exploring the region, and I was struck by its ripeness, character and freshness.