It was some years ago that I first discovered the wines of Ampelidae, specifically the high-class range of varietal wines made from local varieties, including Le S (Sauvignon Blanc), Le C (Chardonnay), P.N. 1328 (Pinot Noir) and the wine that I personally found most impressive, Le K (you might not be able to figure out the blend for this one, but I provide more details later on in this profile). The quality of these wines, small-volume cuvées from select parcels of vines, was certainly enough to prompt me to investigate further, as well as to buy and cellar some of them, such as the 2005 Ampelidae Le K which showed very well a couple of years ago, when it hit its tenth birthday.

When I investigated further I soon realised that this small range of wines was just the tip of the iceberg. Proprietor Frédéric Brochet has created a huge enterprise, part-domaine, part-négociant, run using organics but with 21st-century attitude. Frédéric is not one of those characters who sees organics as a return to the ways of his forefathers, a simplification of his work, or ‘a return to the soil’. Instead Frédéric seeks to blend modern science with organic viticulture to maximise the benefit of the methodology to his soil, his vines, his wines and his customers. And it is a genuine philosophy that runs through all aspects of the business, and through Frédéric’s life. When you bear in mind that each year Frédéric vinifies fruit from more than 500 hectares of vines (this is not a typo – I did mean to write 500 hectares) this is really an incredible feat.

I provide more detail on the domaine as it stands today in this profile, but first let’s look at Frédéric’s story.

The modern-day origins of Ampelidae can be traced back to Frédéric’s formative teenage years, as a young man growing up in rural France. The Brochet family were not really committed vignerons, certainly not in the manner Frédéric is today, but like many such families in these parts they did have a tiny parcel of vines, just a few hectares in the possession of Frédéric’s parents and grandparents. These vines and the rest of their agricultural land they rented to a farmer, who would pay his rent with a share of the harvest. The grapes they received were put to good use, and from an early age Frédéric would help out with the pressing of the fruit, producing a tiny quantity of juice, enough to fill just a couple of barrels. The wines would be bottled the following spring, and a few weeks later Frédéric’s grandparents would be selling it in their café in Poitiers. 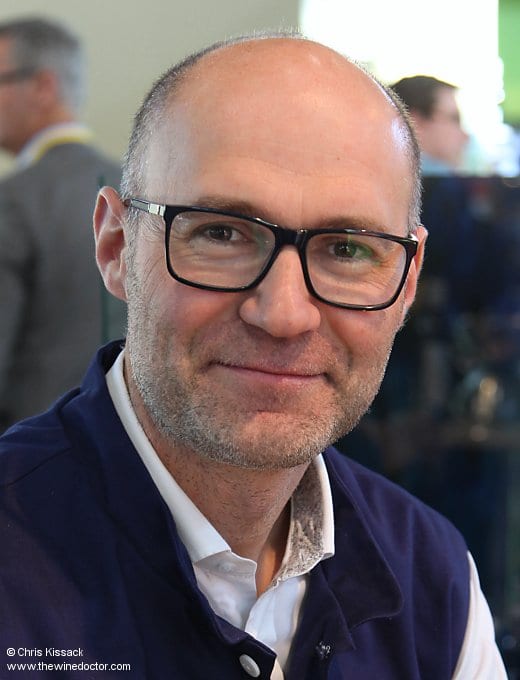 It was small-scale work, but still a valuable introduction to viticulture and winemaking for Frédéric Brochet (pictured above), who remembers helping out in the replanting of some new vines when he was just nine years old, and picking their first grapes when he was eleven. And it was with a small part of just such a crop that Frédéric made his first wine without familial supervision, when he was aged just fifteen years. It was a small start, but he found he enjoyed the task, and it would lead to much bigger things. Before long he had acquired a copy of Connaissance et Travail du Vin, by Jacques Blouin and Émile Peynaud, an early indication of his academic leanings perhaps, and he also met Jacques Puisais, an oenologist, founder of the Institut du Goût and Honorary President of the Oenologues Internationaux. Jacques Puisais was a very influential in the Loire Valley, having had a hand in a number of local success stories, at one point or another acting as a guiding light for Charles Joguet, Bernard Baudry and no doubt one or two others.