The meal started with fresh asparagus, drizzled with a light vinaigrette, accompanied by a perfumed white 2001 Reignac. The main course was a perfectly roasted chicken. Three decanters full of wine were brought to the table. They were numbered one, two, and three. All looked rich red in colour, their robust appearance signalling youth.

“They’re all from the same vintage”, Vatelot announced, “And one is a Reignac. You can only judge how you are doing when you taste the best”.

These two paragraphs, taken from Echikson’s occasionally controversial account of the business side of Bordeaux, seems to me encapsulate something of Château de Reignac and philosophies of its proprietor Yves Vatelot. During the 1970s and 1980s this was a rather tired estate turning out dull wine sold in bulk, understandably overlooked by all those writing on the region during this era. Vatelot, who made his money in other spheres, acquired the estate in 1990; recognising untapped potential he has since been fearless in pushing for higher quality, and he is not renowned for a lack of belief in the wine he makes.

The wines described by Echikson were Château de Reignac, Château Lafite-Rothschild and Château Mouton-Rothschild, all in the 1999 vintage, and Vatelot’s guest, an American wine merchant based in Bordeaux named Jeffrey Davies, reputedly (I write this because it is hard to know how much of Echikson’s book is hard fact, and how much is artistic decoration) agreed that the 1999 Château de Reignac was not out of place when tasted against the two first growths. Blind tastings such as these are commonplace at Château de Reignac, Vatelot keen to show his wine in this light, clearly confident about its ability to perform. And this is a confidence that seems to run right through the DNA of the domaine, touching everyone who works there. At least, so it seemed during my first visit to the domaine. 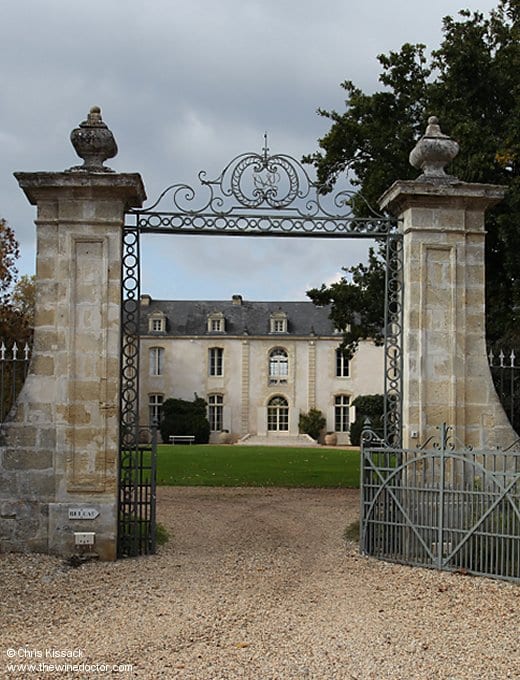 This profile looks at the story of Château de Reignac, not just the renaissance under Vatelot, and the position enjoyed by the wines today, but also its history, which begins with a Medieval nobleman named Baude de Peyron. I follow the story of the estate through the centuries that followed as best as I have been able, as it passed through the hands of the Bontemps, Montsec and Chaline families, then the Carlsberg family, before Yves Vatelot finally appeared on the scene in 1990. To read only about the current era, skip to page three of the profile, and for details on viticulture and winemaking, go straight to page five.