Standing on the upper level of the 21st-century cellars at Château Faugères, I was able to survey the gently sloping valley filled with vines that lay at the foot of this imposing edifice. The vineyards were nothing short of immaculate, the verdant green of the pencil-straight rows of neatly clipped vines contrasting sharply with the pale, dusty ochre of the earth. The rows ran straight down the slope, before more distant parcels zigzagged their way back up the incline beyond. Midway up the opposite slope lay the unmistakeable sight of Château Faugères, with its chartreuse-style château and, to one side, its capacious cellars.

Except I was mistaken, or at least my knowledge was out of date. When I took my first sip of wine from this estate that building was indeed Château Faugères in the distance (and the cellars where I stood had not even been built). But appellation regulations, and subsequently the entry criteria for the 2012 St Emilion classification meant that new cellars were required. The building where I stood was the new Château Faugères. The pretty château in the distance was now the centre of operations for Château Cap de Faugères. If this already has you confused, then join the club. If you would like to unravel the story of this complicated domaine, then read on. 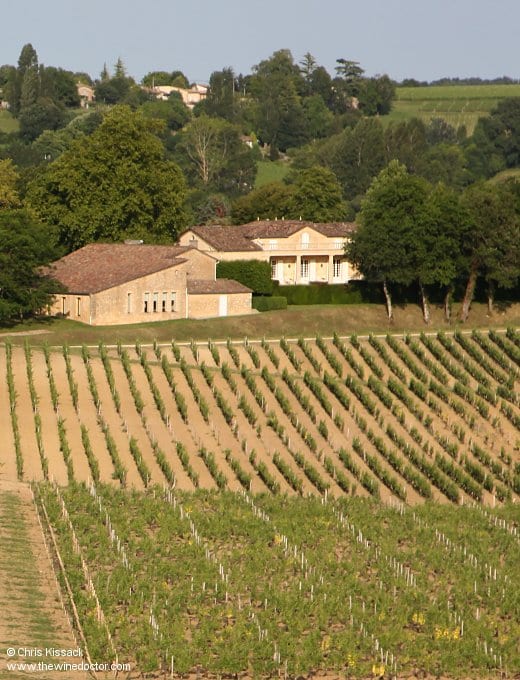 The origins of Château Cap de Faugères are as for Château Faugères, and I provide a full account of the history of this latter domaine in my Château Faugères profile, beginning first with the hamlet of Faugères which has been in existence since the 16th century, progressing on to the château which was built during the 18th century, and the first known proprietors who were the Esquissaud family, most probably François Esquissaud, who arrived here in 1823. The Esquissaud family maintained their hold on the estate until the latter years of the 20th century (see my Château Faugères profile for more detail) and thus during their tenure they saw the estate divided by the drawing up of the appellation boundaries, beginning with St Emilion which was defined in 1936; the boundary line passed right through the Faugères vines, leaving one section outside eligible for only the generic Bordeaux appellation. These vines subsequently saw elevation to the Bordeaux Côtes de Castillon appellation in 1955, renamed Côtes de Castillon in 1989 and most recently Castillon Côtes de Bordeaux in 2009.