The Loire Valley remains an excellent source of sparkling wine, the region being the second-largest producer of this style in France, behind you-know-who. And while les bulles are produced in every corner of the region, from the sparkling Folle Blanche blends of the Nantais right up to the softly sweet and pétillant Gamays of the Massif Central, there is no doubt which region is in pole position.

The sparkling wine houses of Saumur have long established reputations in this field, several with histories dating back to the early- and mid-19th century. Take a walk along their many kilometres of underground galleries and cellars, carved into the region’s soft Turonian limestone, every nook, corner and cranny of which will be filled with bottles resting sur lattes, and you could easily be in Champagne. It is certainly the closest you will find in France outside of Reims and Epernay. 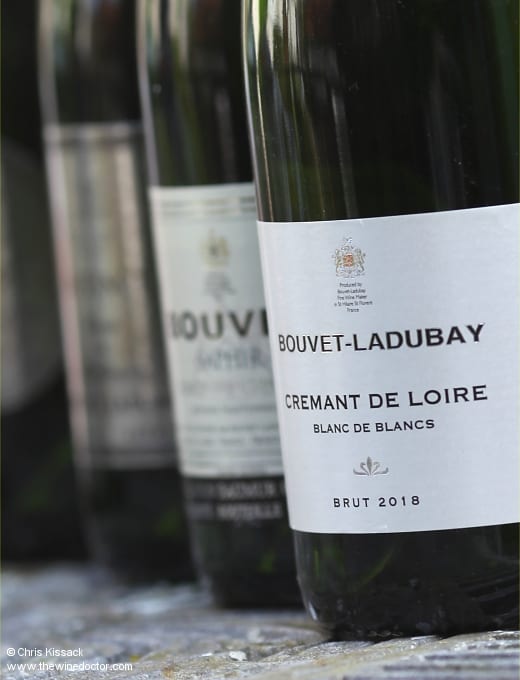 There are perhaps half-a-dozen big-name houses in the region, largely based on the riverside road running through Saint-Hilaire-Saint-Florent, just downstream of the town of Saumur, as well as a good number of smaller producers of note. Over the years I have managed to follow the fortunes of some of these houses and domaines, in particular Bouvet-Ladubay. It has been a pleasure in recent years to see this house, which had been sold first to Taittinger in 1974 and then to United Breweries in 2006, return to family ownership in 2015 when it was reacquired by the Monmousseau family. It remains one of the best big-name sources for sparkling wines in the region.