Ask a Muscadet fanatic about their favourite domaines and he or she will rattle off a list of illustrious names, likely candidates for inclusion being Marc Ollivier, Jo Landon, Pierre Luneau-Papin, André-Michel Brégeon or Bruno Cormerais. All, you will note, hail from the predominantly granite terroirs along the Sèvre and Maine rivers, clustered around increasingly famous wine towns such as Clisson, Gorges and Le Landreau. But is this really all there is to occupy the palate and mind of the quality-minded drinker of Muscadet? I have come to the conclusion that the answer to this question is no; there is life beyond the Sèvre et Maine region.

Indeed, look in the right place and we can find wines just as enticing as those from more famous names. Muscadet and the subregional appellations of Muscadet Coteaux de la Loire and Muscadet Côtes de Grandlieu are home to a number of still well-hidden gems I think. Domaine du Haut Bourg, in the Côtes de Grandlieu subregion, is one such jewel. Located near Bouaye, on the northern side of the Lac de Grand-Lieu, this domaine is home to Hervé and Nicolas Choblet, fourth-generation vignerons who inherited their vines from their father. 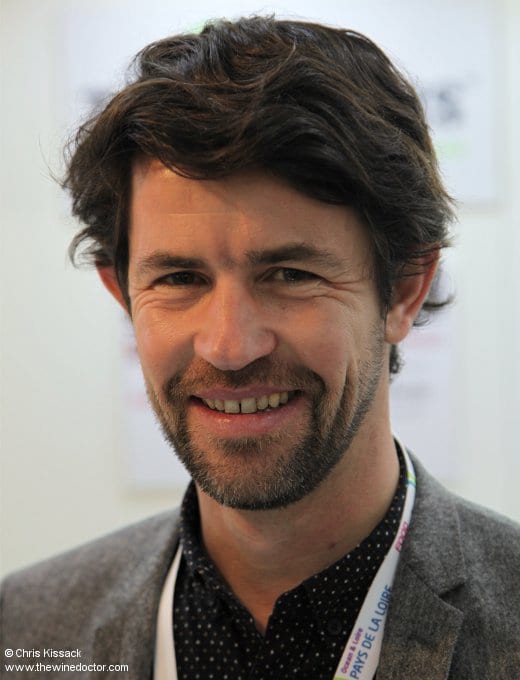 The domaine – although not named Haut Bourg for many years yet – dates back to the 1940s, when Nicolas and Hervé’s great-grandfather began to diversify his activities, moving away from mixed farming to pure viticulture in the years after World War II. The man in question was André Choblet, a wounded veteran of the Great War (his two brothers also saw active service and were killed in action). In peacetime André was more focused on cattle farming than wine but he had always maintained a tiny vineyard, producing wine for his own and his family’s consumption. He began planting more vines in 1945, although he and his son, a war veteran like his father, also continued to maintain a handsome herd of cattle. It was only with the arrival of the third generation, Michel Choblet, father to incumbents Hervé and Nicolas, that viticulture really began to dominate.