Château Rieussec – or Château Rieusec if you wish to adhere to the spelling used when the property was listed in the 1855 Sauternes classification – is located not far east and a little south of Château d’Yquem. The château and chai occupy a handsome, elevated position; at 78 metres above sea level this is the second highest point in the Sauternes appellation, the highest being that on which Yquem sits. It is located alongside the D8, which runs roughly east-west here, curving round the Rieussec vineyards as it runs eastwards towards Fargues. The vineyards are actually divided between the communes of Fargues and Sauternes, nevertheless the property is usually listed under the former as it is within Fargues that the aforementioned buildings sit. It is the only premier cru property in this commune, Château de Fargues itself being unclassified of course.

The history of this illustrious Sauternes estate stretches back many centuries, to when the estate was in the ownership of Carmelite monks (the order in question also owned, and gave their name to, Les Carmes Haut-Brion in Pessac-Léognan). The origin of the name Rieussec remains uncertain, although writing in Grands Vins (University of California Press, 1995), Clive Coates asserts that the name may be a contraction of Ruisseau, the name of a stream which runs between Rieussec and Yquem, and sec, the latter part applied because the stream is known to frequently dry up during the summer months. It is an attractive proposition, but even if the results of this particular etymological investigation turn out not to be true, it does at least seem likely that the origins of Ruisseau and Rieussec are related. 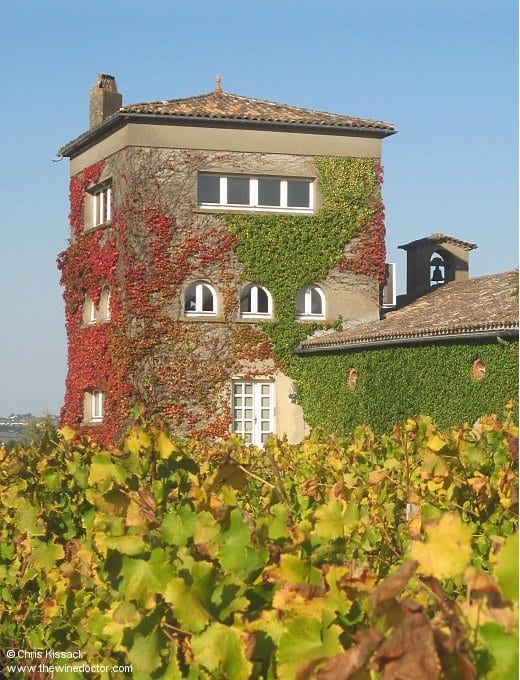 With the passing of the Revolution in the late 18th century the estate was sequestered as a national asset, and subsequently purchased by a gentleman named Mareilhac, who already owned La Louvière in what is today Pessac-Léognan. The estate was then sold to a Monsieur Mayne in 1846, at which point a small plot was cleaved off and sold to Eloi Lacoste, proprietor of Château Pexiotto, which although classified as a deuxième cru in the 1855 classification of Sauternes and Barsac has since disappeared, having been subsumed into Château Rabaud. At the time of this latter event, however, the Rieussec portion returned to its original owners, so overall there was no loss of vineyard.