The Bordeaux-minded poet Pierre Biarnez (1798 – 1874) was never short of a word or two regarding his favourite châteaux and some of the Bordeaux wine trade’s more prominent figures during the 19th century. When it came to Château Léoville-Poyferré he seems to have been particularly opinionated, clearly failing to grasp exactly why this property had been ranked among the deuxième cru classé domaines of St Julien. At first glance it seems like a rather damning statement but, as we read on, his feelings soon become clear. It was not that Biarnez felt Château Léoville-Poyferré had been ranked too high. Rather, he felt the estate had been ranked too low, and should in fact have been placed among the first growths, alongside Château Lafite, Château Latour, Château Margaux and Château Haut-Brion. That’s quite a statement to make.

During my early encounters with the wines of Château Léoville-Poyferré, which really means the wines of the 1970s and 1980s, thoughts of promotion to first growth status for this domaine could not have been further from my mind. At that time, this section of the original Léoville estate was regarded as seriously underperforming. All three domaines had experienced the difficulties of the 19th and 20th centuries, from new vine diseases through to economic depression and war, but whereas Château Léoville-Las-Cases and Château Léoville-Barton seemed to have come through all this with aplomb, at Château Léoville-Poyferré there had been a quite significant decline. As the years had passed the vineyard had fallen into a state of partial disrepair, with much of the land available to the proprietors lying fallow. Perhaps the fact that the management of the estate, at this time owned by the Cuvelier family, was entrusted to an employee was significant? Its two siblings, meanwhile, were both under the direction of a family member, unquestionably so in the case of Château Léoville-Barton where Ronald Barton reigned, increasingly so in the case of Château Léoville-Las-Cases, where Théophile Skawinski and his descendents, the Delon dynasty, tightened their grip on the estate. Regardless of the dedication of the Cuvelier family’s régisseur, this distance between them and the domaine surely reflected less involvement in its running, and perhaps less willingness to invest also. 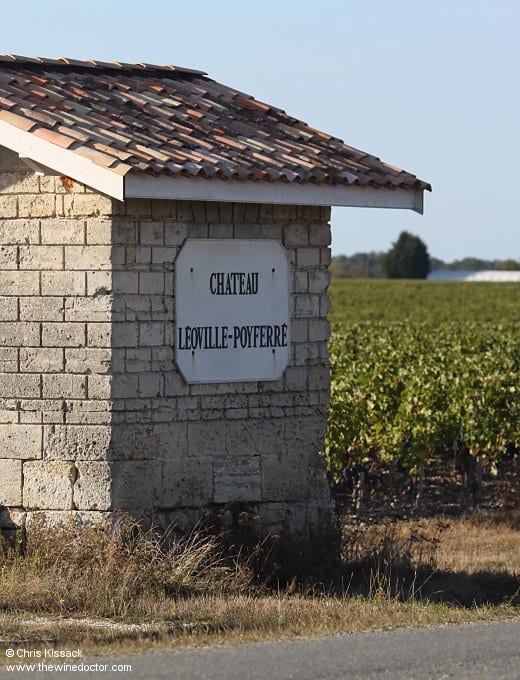 The status of the domaine was so open to question that the wines of Château Léoville-Poyferré, rather like those of Château Pichon-Baron and Château Pontet-Canet (two other estates which were, at that time, under-performing), could one day be safely passed over. During the 1990s, however, it became increasingly apparent that this situation was changing. The revolution can, in retrospect, probably be traced back into the 1980s, but I feel it was the 1996 vintage when Château Léoville-Poyferré really shook off its inferior reputation. That it did so was down purely to the consistent efforts of Didier Cuvelier, who took charge of this grand estate in 1979. Today, it ranks alongside its two siblings, and which of the three reigns supreme in any one vintage is today not a given. The title is anyone’s for the taking, and these days I feel it depends much more on individual preferences and nuances, rather than any great disparity in quality. This estate does, today, turn out wines of great effort and substance.