Standing on the Chemin de Chantecaille in October 2013 I surveyed the landscape of Pomerol that lay all around me. Just a few hundred metres away sat Château Le Gay, the pale-yellow-gold of the stone gleaming in the Autumn sunshine on what was a hot and humid day, so very typical of the 2013 harvest. Beyond lay Domaine de l’Église and so, just around the corner, was Clos de l’Église and Château L’Église-Clinet. Turning round and walking back up towards Château Gazin, where I had left my hire car a few minutes earlier, Château Lafleur-Petrus and Château Lafleur-Gazin were to the left, while on the right was Château Lafleur and Petrus. As I reached Château Gazin, the rooftops of Vieux Château Certan and Château L’Évangile were just visible to the south, above the fading green-gold autumnal leaves of the vines.

Château Le Gay clearly has some illustrious neighbours; while there are wines of varying quality available from those names listed above, some are the very crème de la crème of the appellation. Château Le Gay is, it would seem, a Pomerol domaine worth knowing, and yet it is a château to which I came rather late. This profile details its story, its terroir, how it fits within the Pomerol pecking order, and in particular how it copes with being one of a number of domaines – including several of those above, and others not mentioned – that sit on the very periphery of the Pomerol plateau, as the gravel and clay of the central section gives way to the lighter, sandy slopes that run down to the Barbanne. First, though, as is customary, I present the history of the domaine, or at least what little we know of it.

As is the case with many Pomerol estates, the exact origins of Château Le Gay, and in particular who was responsible for planting the first vines, is not known. Neither is there any good explanation for the name Le Gay, although, in view of the fact that other nearby properties including the twins Château La Fleur de Gay and Château La Croix de Gay as well as Château Vray Croix de Gay also reference the name, it seems likely that it relates to a historical figure of some significance in this region. What we do know is that during the 18th century the estate was one of many in the possession of Louis-Léonard Fontemoing, a négociant based in Libourne who owned huge swathes of land in the region. His is perhaps already a familiar name, having cropped up before in my history of the now defunct Providence, which was once part of the Tropchaud estate near the centre of Pomerol. Indeed, the Fontémoing family were important négociants and landowners who crop up in numerous St Emilion and Pomerol profiles. 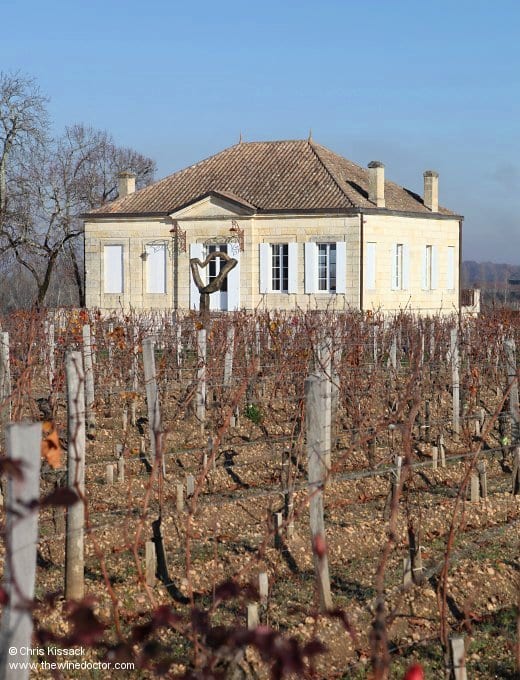 Our knowledge of Château Le Gay from this point on remains sketchy, until the mid-19th century at least. By this time, somehow, the estate had found its way into the hands of the Greloud family. An entry in the 1868 edition of Cocks et Féret, the compendium of all things Bordeaux, suggested that the estate was then in the hands of a widow named Greloud, although this seems at odds with the fact that by 1872 the estate is in the possession of Henri Greloud. Perhaps Henri was the widow’s son, and he had inherited the domaine? Whatever the reason Greloud had a large estate, including not only Le Gay, but also Château Tertre-Daugay in St Emilion, now in the ownership of Domaine Clarence Dillon (as in Haut-Brion and La Mission Haut-Brion) and renamed Château Quintus, as well as Château La Dominique. In 1872 he added a small plot of vines just down the road from Le Gay to his portfolio, but instead of absorbing this new acquisition into his vineyard at Château Le Gay he decided to keep the two separate; this new vineyard is known today as Château Lafleur.